I’m feeling really sick today but I wanted to try something that I call Tough Love week, where each day I broach a topic that affects me personally that I may have been avoiding a little bit, as to not piss off people close to me (or in my vicinity). Or at least that’s the idea. But, hell, it’s Tuesday so technically I’ve already missed the first day of Tough Love Week so who knows where I’ll end up with this thing!
This wasn’t the topic I was going to start off Tough Love Week with but it seems the best choice for the situation I’m in, since I’m not really in the mood to sugar-coat anything, especially something I feel is a topic that shouldn’t even remotely be a fucking thing anymore (or technically ever).
So, let’s hit it, shall we?
Why in the fucking hell do we still think it’s okay to be completely and totally aggressively racist to Native Americans? And how is it that we refuse to even acknowledge the very real truth of this statement?
I mean, The Washington Redskins (fuck you, very much) are literally going to the Supreme Court to argue that their fucking team’s identity is apparently more important than an entire people’s identity. And, honestly, I can’t even fucking wrap my head around the goddamn idea of this. Which is why I’m swearing even more than normal.
What in the actual fuck is wrong with people? How do you honestly think that your sports team means more than real human beings? Seriously, like I want an answer to come from the wind or something. I want someone somewhere to actually answer me right now and have that answer be carried through fucking magic or something and be spoken aloud to me as I sit here typing. Because that’s how fucking messed up this whole situation is — it makes one fucking insane.
And here is where this topic hits close to home for me. I grew up in Cleveland, Ohio. Land where this used to be a thing: 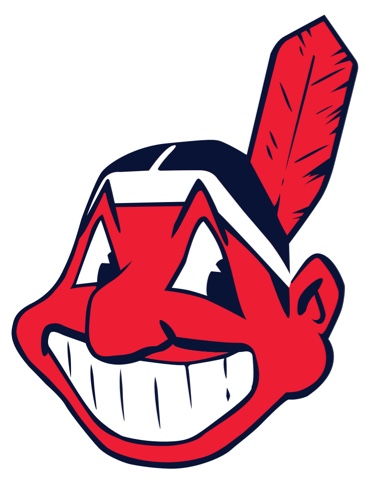 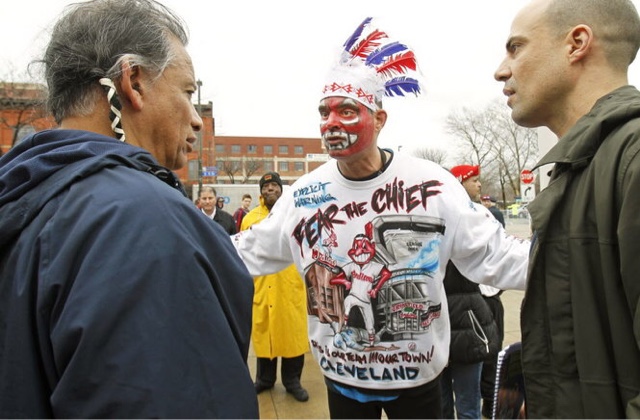