I’ll be honest, there’s a lot about being married that doesn’t feel any different Yet, at least. I don’t know how things are going to feel in a year, 10 years, 50 years but so far most everything is pretty much the same.
Maybe it because my husband and I were living together before we got married. Maybe it’s because we’re not planning on doing the kids thing so this isn’t the first step in a series of monumental changes to our life. Maybe it’s because we’re both almost 40 and so we both either already feel like grownups or have already come to terms with the fact that nothing is going to make us feel like grownups.
Maybe though, it’s cause I’ve already felt married.
I mean, don’t get me wrong, this legal thing is a HUGE deal. Despite the fact that we got married in Vegas, we knew perfectly well what we were doing. I know that this, as far as the legal system is concerned, is a binding contract. I know that there really aren’t too many decisions bigger than this one.
I know that signing my name is going to be a bitch for a while.
But, I also know that even before November 21, my husband had me for life. I’ve thought a lot about that notion that there’s always someone in a relationship that loves the other person more. Truthfully, I’ve been afraid of that concept for much of my life — being afraid to be on either end of that spectrum. I felt, though, that logically it made sense. You can’t actually love someone the exact same amount that they love you. Impossible!
And now? I realize that it’s not like a measuring cup of love. It’s not like there’s a scale somewhere that can calculate the tiniest difference in the weight of one’s love. I realize that things don’t work that way. I realize now that there are some couples that are in a race to love each other the most. I realize that some people support each other, love each other and comfort each other so intrinsically that measuring love seems silly and petty and truly unnecessary. I realize now that it’s truly possible to be so secure in your partner that you can’t imagine measuring your love or his(hers). That when you think about this whole idea, you can’t imagine anyone loving someone any more than you love him(her) and then you think about the love he(she) gives to you every single day and you realize that you are literally loved just as much as you love.
Marriage isn’t much different for me yet. That’s true. But I still have those moments when I just stop and look around — when I see men’s shoes at the door or get a good look into the master bedroom closets or just glance to my left and see my husband sitting on the cou

ch — and the 12 year old girl inside of me just giggles and thinks gleefully, “I’m married!! I’ve got a husband! Holy shit!” And yes, my 12 year old self would’ve totally said holy shit, just ask my matron of honor.

I’m pretty psyched about this whole marriage thing. I know it’s not going to all be easy but last time I checked nothing about life was. I do have a feeling though that life is going to be a little bit easier with my husband at my side. It’s amazing how little I’m afraid of now, not because I think bad stuff can’t happen but because I found the person who considers it an honor to battle all of the monsters with me — someone that I would slay any dragon for. And not only am I not as scared but I’m more brave and powerful than I could’ve ever imagined. Failure isn’t so scary when the existence of the person next to you makes you realize you’re always a winner. 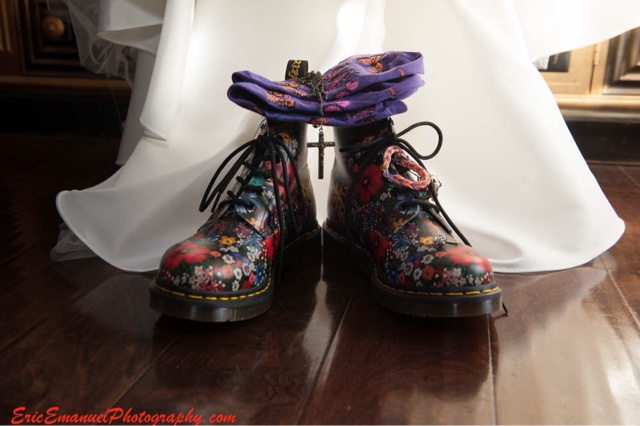