The message of this blog is specifically written to any person who was at one time a kid like me.
A kid who sat in social studies, learning about World War II and was shocked, dumbfounded, and horrified at the things she discovered that day. A kid who never thought that history could ever slap her in the face so hard. Mind you, like a lot of American text books, mine went into greater detail about The Holocaust than it did slavery or the slaughter of the Native Americans, so the face slapping didn’t cease when the bombs were dropped.
For any people out there that were like me in this way, I certainly hope that you’re planning on voting for Hillary Clinton this November.
Because in all honesty, to vote for anyone else — whether it’s Trump or someone who’s vote would be tantamount to gifting Trump your vote (Stein, Johnson, writing in Bernie — I’m looking at you here, Susan Sarandon) — you would be answering “me” to the question that each one of us had when we learned about Hitler and World War II.
Who could possibly let this happen?
You’d be answering “yes” to the question that baffled us all:
Can good people really allow a horror show like this take place?
You’d be answering “this is how” to the question that warped all our little minds:
How could people who aren’t evil ever even consider following someone who so clearly is consumed with hate and violence?
Please, take me seriously when I say — it is our time now. You can pretend that I’m exaggerating or being overly dramatic but do us all a favor and reconsider. We are Germany in the 30s. We are those people. We are the people saying “how bad could it really get”. We are the ones that decide what happens to our neighbors. Hitler did not decide. Trump does not decide. We decide. We are the ones that throw that rock through a storefront. We are the ones that throw a bomb in a masque or a Southern Church. We are the ones. We are the ones that decide if ours is a country where “land of the free and home of the brave” really means something or if they’re just words to a song with some really sketchy stanzas.
Will we allow all people to be free?
Will we be brave enough to make the right decisions?
Will we?
Will we allow ourselves to be duped by some two-bit hate monger and fear peddled?
This is our time.
This is our fight.
This is our future.
You are not better than someone else just because of the color of your skin. You’re not better than someone else because of your gender or identity. You’re not better than someone else because of the name you give to the god you pray to. And you’re not better than someone else because of the person that you love. You’re just not.
Those are very simple sentences and very simple ideas. They’re not complicated and they’re pretty damn straightforward. These are the base fundamental elements that are supposed to unite our country and honestly, decent people everywhere. You shouldn’t be considered arrogant to expect these things for yourself; you shouldn’t be considered brave for demanding these things for all people; and you shouldn’t be considered virtuous for taking exception to any of them.
And whatever beef you have with Hillary Clinton — be it real or imagined — is NOTHING compared to what you would be voting for if you chad up anyone else’s name on your ballot in November. You may think that you’d be taking a stand for whatever ideal it is you’ve latched onto but just understand that your ideal is NOT more important than people’s civil rights and understand that civil rights is exactly what we’re talking about here.
This is our time.
This is our fight.
This is our future.
This is our chance.
Don’t disappoint the kid you once were. This will be so much bigger than not becoming an astronaut or a rock star. There’s no coming back from this. In more ways than one. 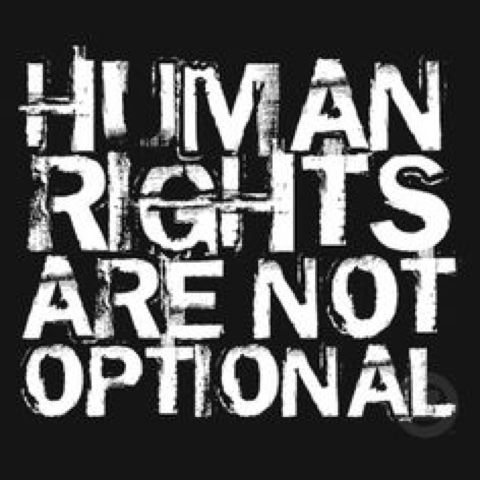