So, I’ve got a book. I know, shock of all shocks, a blogger wrote a book! Insert shocked emoji here. That’s not actually a big surprise, though, as I have other unpublished books and unsold screenplays sitting in my closet. This one is special, though, because it’s non-fiction. Anyway, I’m getting prepared to launch my book on Publishizer, which is basically Kickstarter for books. I am so super pumped about this whole process, no matter what happens in terms of raising money. Obviously, I want it to do well. Hell, nothing would make me happier than if I got a visit from the book publishing fairy with a sparkly wand in one hand and a contract in the other. But regardless, when the whole thing is over I’m going to have a much better idea of what my next step is and what people think of it in general. Having said all of that though, I’m also fucking freaked about it. The proposal you submit (provided you complete it at 100%, you technically don’t have to) is super comprehensive. And I don’t mind that at all. On the contrary, there’s a chance to be put in touch with publishers through this process so certainly weed out the people not taking this shit seriously. But, it just makes it very real, ya know. I mean, this isn’t something to half-ass. This isn’t a term paper or some written final exam for your political science class that you can pretty much wait until the last minute to do and not ruin your life in the process.
Some of the things have been pretty simple to accomplish. Book overview, check. Short author bio, check. Catchy slug line to draw people to my book, quippy check. Those were fun. I got to do some fun creative writing and let my sarcasm gene take a whack at things. Currently, I’m working on the book list of similar titles, which they should really just call what it is — a minimum of five book reports. I’ve got my annotated Table of Contents underway, which is more a feat of endurance than anything else. And then I’m coming up with fun and creative rewards for people who are fucking rad enough to donate which is like getting to choose cool Christmas gifts for the kids in your family. The one that’s turning out to be the real bitch of the ball, the real fucker of the farm, the real crapbag of the carousel, is the “About the Author” area, which is different from a bio in that it needs to be much longer and fucking sucks balls to write.
I’ll admit, like a lot of people, I don’t hate talking about myself. Fuck, I have a blog, right? But telling the great fairy tale that is me is proving to be a bit of a pain in the everything. For instance, I know that my adolescence was very important in carving out the woman I am today but it’s a very delicate and tricky ice dance weaving an interesting and multidimensional coming of age tale in white, Christian suburbia. How exactly do you describe the oppression of living in a town that’s 4.5 square miles (of land and 2.5 of fresh Lake Erie water) and has, I shit you not, 6 churches? Does it sound weird? Cause it felt fucking weird. And they’re all pretty run-of-the-mill Jesus fan clubs. I’m not judging the churches themselves, I just mean they’re denominations we’re all pretty familiar with: Catholic, Methodist, Lutheran, Baptist, Presbyterian, and something else I don’t remember but can drive you to. And no, the handful of other families residing in our suburb that weren’t Christian didn’t have any places of worship within town limits to belong to. There wasn’t a Mosque and a Synagogue and a Temple next to every church. Just a bake sale.
Almost everyone in the town was white, too. A fun feature that, I imagine, felt very natural and comfortable to some people but to me just felt…gross and kinda icky. So, I spent the better part of what was really a pretty great childhood bitching at my parents for moving from where they grew up on the east side of Cleveland to the west and to a suburb known as “a great place to grow up”: we had good schools (public and Catholic), good sports teams (we mainlined soccer and manufactured pro athletes) and we were safe (until the kidnapping and murder of one student and the fact that The Fugitive is based on real grizzly shit that happened in my town before I was born).
That was fun to read about, wasn’t it?
Exactly.
So now I’m on something like my 15th draft — this one surrounding a playlist that reminds me of my best friend, which essentially means it reminds me of why I’m me. I have a feeling this draft isn’t going to last much longer, though either. As a matter of fact, I think I’ve just declared it dead.
Okay, enough stalling. Time to get back to it. This bastard ain’t gonna write itself. And since I’m sure you guys are dying to know the title of my satirical masterpiece, it’s:
“If You Were An Alien, Would You Want To Live Here? 101 Reasons Why Fearing An Alien Invasion is Absolutely Preposterous and 10 That Kinda Make Sense”
Boom. 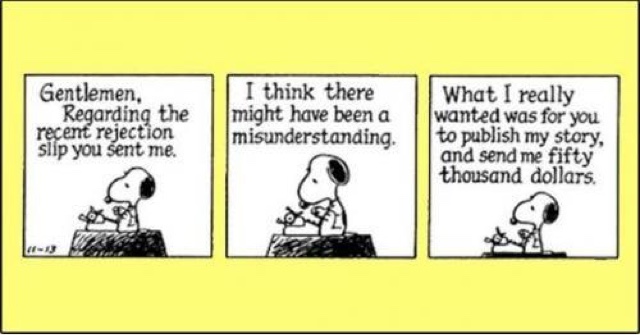